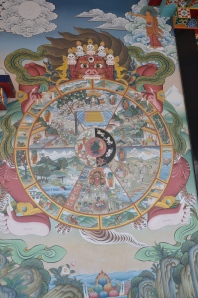 The wheel of life, Nepal

Since March 2014, I have embarked on a fascinating executive coaching adventure, in the company of an inspiring and hardworking team. After some years of doing it naturally on and outside of the job, I decided it was about time to get serious about becoming a coach. Little did I know that the experience would shake my world as much as it has… For starters, I realized that listening is an elusive art, quite intense, if done properly, since it requires full concentration and focused intention. But most importantly, I learned how powerful questions can manage to penetrate some of the layers of what Carl Jung called the persona -the identity we carefully and consciously build throughout our lives, or in other words, the way we are “supposed” to be according to social convention- in order to get to the center of consciousness…the (in)famous “Id”. Arguably, the “traditional” (or as I like to call it, the Woody Allen) way to do this would be therapy, which would help us to liberate the self both from the deceptive cover of the persona, and from the power of unconscious impulses cemented on past experiences. However, the right coaching process can help us figuring out what we really want to do with our lives, looking forward, while being true and authentic to ourselves and our skillset. This exercise is particularly relevant when you are in a management position, with people to supervise and inspire; and paramount when you are in a career transition. The second case applies to me, and to many other women that decided to take the risk, and go to the unknown territory of reinventing yourself, after having had what would qualify as a “successful career”.

I have to admit that, even though it was my decision -derived from being burned out, and wanting more from life than a safe office space– I still struggle with letting go of the public Linkedin persona I have created over the years. After all, I owe to that persona not only a certain level of economic comfort, but also a great part of my social and professional self-esteem.

In my yoga classes, I often tell students that “there are no judgements and no expectations”, in an effort to remind them (and myself), to disconnect their egos for a moment, the cause of most of the suffering and pain we experience. This is no easy task, indeed. I, for one, can hear my ego grow angry (bird.…:) when somebody assumes I am just a yoga teacher, or just a mom, or just an appendix to my husband. Irredeemably, the ego tends to compare current circumstances with others in an adversarial manner, separating “us” from “them”, putting labels, judging and demanding all its wishes to be fulfilled. I tell myself this is the wrong mindset, but my ego is deaf most of the times…like a small dictator, constantly shaped and fueled by other people’s (including family) expectations and judgements of life and career choices.

When dealing with these conflictive feelings, I try to find encouragement in the metaphor of the “hero’s journey”. I figured that being such a movie buff must serve some purpose, after all. Let me explain what I mean. After years of studying myths in different cultures,
Joseph Campbell described magisterially the 17 stages of the monomyth, under three big categories: separation, initiation, and return. In the climax of its trip, undoubtedly, the hero must abandon his/her attachment to ego itself, even though this means letting go of the self-generated double monster—the superego and the repressed ego.
Painfully, I realized that sticking to the validity of the life choices you make (marrying/ divorcing, home loan, what country to live in, quitting/taking a job, having x-kids, starting a business…) requires resilience, perseverence, humility, willingness to learn, and a great deal of faith in yourself and in the universe throughout the process. Also, I understood that you have to become your own hero-advocate-coach to placate the dictator’s need for instant (social or professional) gratification, and keep on working to get closer to the vision you have of your life. You have to mature gracefully and elegantly (or something like it…), to rise above the mess that the funny ego leaves behind every time it has a tantrum. Only this way can we tame it and turn it into a messenger of what we feel our greater mission in life is, and not somebody else’s. I am still trying… 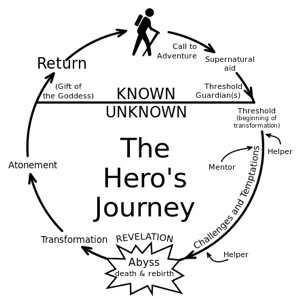